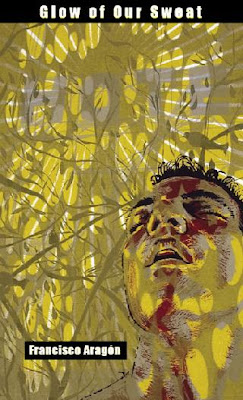 Glow of Our Sweat

Sentimentality can often be a scary thing--I think for gay men it may be downright terrifying. By publicly fawning over a loved one, even if it is welcome and deserved, you fear that you may come off as cute. And who's going to be intimidated into giving marriage rights to people who are simply cute?

You can't rush through an extended romantic moment. You need to slow down and enjoy it. At the same, in the urgency of civil rights and momentum toward fighting initiatives like Prop 8, slowing down can be a dangerous (pardon the pun) proposition. And can't confessing a sincerity make the institution of marriage seem like nothing more than an institution of feeling, rather than one that precludes certain economic and legal rights?

I know that as a creative writing teacher I often find myself in a bind about sentimentality. One of the exercises I sometimes do in the classroom is to type up three different “poems”: two taken from the inside of Hallmark cards and the third, something from Pablo Neruda. I tell my students to pretend they are editors of a literary magazine and rank the poems in order of their aesthetic merit. Their least favorite is always the Neruda. This can be one of the several starting off points of the semester. At first, I used to shame them for their choices, proselytizing that eventually I would teach them the path they needed to travel on if they wanted to be artists. I can be self-righteous and silly. And then after a few years I realized that there can be an artfulness to sentimentality, that perhaps such a commodity is even necessary.

I confessed to my students that only on special occasions I would buy those Just Between You and Me cards, accepting that nothing else could satisfy my need of expressing my love for my partner. In fact, I would underline all the abstractions so my partner would take note of the similarities between the abstractions and my feelings. Of course, this can cause confusion especially when you tell your students to avoid generalities at all costs.

I would claim that Francisco Aragón’s new collection of poems, “Glow of Our Sweat” attempts to deal with these complicated intersections between the aesthetics of sentimentality and queerness. His poems provides a sentimental vision that never becomes cloying. The self-monitoring within the poems themselves and the book as a whole is a successful, unpretentious enterprise.

A good number of the poems are written in unrhymed tercets- a steady formal choice. In one of my favorite poems entitled “Words in Space” the issue of time plays into its theme. The author remembers a shirtless lover who recited Lucky’s speech at the end of Waiting for Godot. In a roundabout way, this flashback causes him to reflect on the same lover’s occupational stresses. Which led them to hooking up afterward. Here’s a key part of the poem:

for steak and beer

an hour or so

fell to the floor

back on but I

you begin to twitch

so that I approach

Aragón’s approach to sentimental love is instructive. Not only does he shuttle between descriptions of love and lust, but he also struggles with an admirable desire to withhold certain details of the encounter out of respect for the beloved. Notice the way key words take on double meanings: the verb “dwell” becomes a way of intensifying a memory as well as occupying a body, a home. Also, there’s a similar tension embedded in the verb “slip”: slip takes on obvious sexual connotations, as well as a way of “slipping up,” revealing too much information. This poem, a speech act, juxtaposes the ethical obligation of privacy with necessary descriptions of sentimental love.

Here’s the rest of the poem:

the tears the stains

the years the stones

down so blue so calm

At the end of the book, Aragón allows for a prosaic self-critical examination. I can’t think of too many poets who would within their own collection ask a question about the possibility of his poems failing to be “homosexual” enough: “My poems have been described as quiet. Is it possible that in some of them I am covering?” It’s a question that most gay poets end up being defensive about, overdetermined in their emphasis that no one needs to dictate what they need to create. I appreciate Aragón’s attempt to activate and broaden the discussion of political responsibility. He deflates the sentimental myth of the poet as apolitical.

At the same time, a number of his poems are translations or in direct conversation with poets now dead like Jack Spicer. Is there anything more kind than displaying love for the dead through bringing their poems and names back to life? Here is one of my favorite examples of Aragón's generous love, called “Arttalk”:

Why don’t you paint

and shut your mouth

glow of our sweat

and I’ll kiss it

Posted by Steve Fellner at 3:10 PM